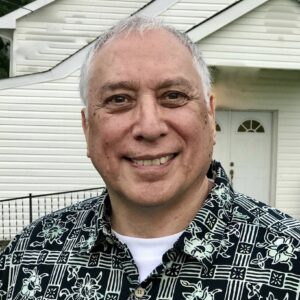 – Jeeva is currently serving on the Satchidananda Ashram – Yogaville Board of Trustees, as Coordinator of the Yogaville Fundraising Committee, and as Director, Yogaville Environmental Solutions (YES). YES is focused on community sustainable practices, including protecting the environment, effective recycling, developing clean solar power (2 large solar arrays installed), and energy efficiency in our community. Jeeva is on the Steering Committee of the Allegheny-Blue Ridge Alliance (ABRA), a coalition of over 50 organizations in Virginia and West Virginia that was formed in 2014 to oppose the Atlantic Coast Pipeline (ACP). This Coalition was instrumental in bringing together small community organizations, tribal communities, African-American communities, large environmental organizations, and top environmental legal teams, and worked in close coordination for over 6 years to oppose the ACP and finally outlast the project when it was cancelled in July 2020.  Jeeva and Yogaville continue to stand for social justice and against environmental racism today.

– Jeeva is a certified American Indian tribal member of the Salish & Kootenai tribes of the Flathead Nation from Montana. He includes native prayer and ceremony in his daily practice.

– Jeeva enjoys his daily sadhana of meditation and pranayama, along with the study of the Yoga Sutras and the teachings of Jnana Yoga.