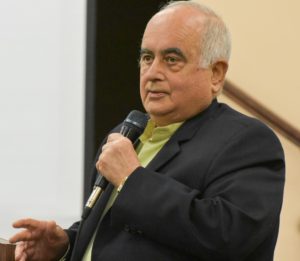 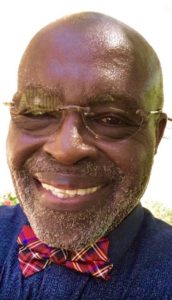 The Reverend Louis Chase is a native of Barbados, Caribbean, who was educated in England. He has worked with nonviolent advocacy movements for social change and for a just, peaceful, and ecological civilization. Formerly Vice-Chair of the Southern Christian Leadership Conference, LA. Louis is a Board member of Agenda for a Prophetic Faith; Chairman of the Ebony Prophets, Cal-Pac Conference of the United Methodist Church; member of the Claremont Institute for Process Studies; Board Member, Interfaith Communities United for Justice and Peace. 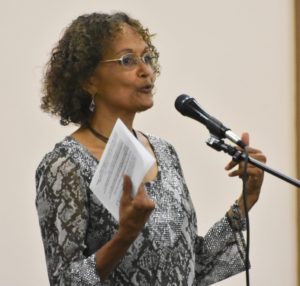 Eisha Mason serves as Interim Regional Director of the American Friends Service Committee in the Pacific Southwest. As part of her program work, Eisha worked with partners to pass the only state resolution opposing U.S. torture in the “war on terror.” Eisha is an activist, speaker, author, and teacher of nonviolence. Formerly, the director of The Center for the Advancement of Nonviolence, she developed and facilitated programs that empowered individuals to harness the power of “soul force” for personal transformation, social justice, and peacemaking. As a writer, Eisha contributed to How to Stop the Next War Now, and co-authored 64 Ways to Practice Nonviolence. For many years, she hosted The Morning Review and The Way Forward on KPFK radio (90.7FM). 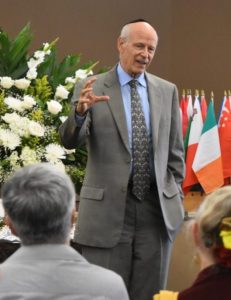 Rabbi Mel Gottlieb, Ph.D. is the President of the Academy for Jewish Religion California as well as Dean of the Rabbinical School and Chaplaincy Program, and co-Founder, Claremont Lincoln University. Rabbi Gottlieb was ordained at Yeshiva University. He holds a doctorate in Mythology/Depth Psychology from Pacifica Graduate Institute where he has served as an Adjunct Faculty member. He has also taught at Columbia, Yeshiva University, and the University of Southern California’s Graduate School of Social Justice. 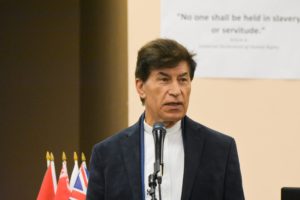 Dr. Zaman Stanizai is a Professor of Mythological Studies at the Pacifica Graduate Institute and Professor of Political Science at California State University, Dominguez Hills. He is a Fulbright scholar and has earned a Ph.D. and two Masters of Art degrees in political science and linguistics at USC and the University of Washington. He has lectured widely on Islamic contributions to world civilization and has frequent public presentations in Southern California.  His literary work is published in Persian, Pashto, and English. As a peace advocate, he blogs in the Middle East Institute and on HuffingtonPost.com, and posts on Stanizai.org and Stanizai.com. He is an advisory board member of UDC. Contact him at www.Stanizai.org. 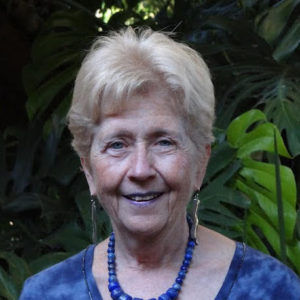 Linda Groff is the Director of Global Options & Evolutionary Futures Consulting, and Emeritus Professor, California State University, Dominguez Hills, where she taught for over 40 years.  She gives talks/workshops, classes, consulting—with over 815 articles published–on global/evolutionary futures, peace/nonviolence, intercultural/interfaith dialogue, and spiritual/consciousness topics.  She leads the annual Interfaith Celebration of Light, sponsored by UDC each December. Linda is currently working on three books: (1) Options for Future Human Evolution: Cutting-Edge Issues for Humanity and the World; (2) Sustainable Peacebuilding—Based on Holistic, Evolving Aspects of Peace, Nonviolence, & Community Engagement and (3) (with Stephen Fiske, Doris Davis, Simon Simonian, and the late Leland Stewart), Building Cultures of Peace: Empowering Our Local-Global Communities, which has roughly 85 articles by people from Los Angeles/Southern California who are working in 12 different areas of peace. Contact Linda at evolvingworlds@gmail.com or 310-890-7976. 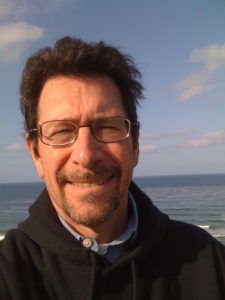 Barry Fasman, musician, producer, and arranger, has 12 feature films, 5 video-game soundtracks, and over 100 network TV shows as a composer and/or music producer. He was RECORD PRODUCER OF THE YEAR in Great Britain (FAME albums), selling over 4 million copies, and wrote and produced the theme song for NBC-TV’s “It’s Showtime At The Apollo”. He has worked with Johnny Mathis, Melissa Manchester, “Diana Ross, Barry Manilow, Billy Joel, George Benson, Dionne Warwick, and Placido Domingo. Fasman has been co-music director of the Self-Realization Fellowship’s Lake Shrine Temple Singers and Chamber Orchestra since 2007. He has most recently turned his musical energies towards singing and writing, performing his much-heralded “LIGHT TO NATIONS” with choirs throughout Los Angeles. Fasman has worked with and produced Stephen L. Fiske as co-arranger for 20 years. 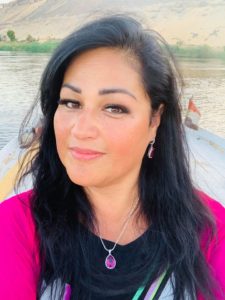 LauraSa Pele Lafoia Ava is a Pacific American entrepreneur, humanitarian, global peace activist, community organizer, producer and motivational speaker. She was born in the village of Pavaiai, island of Tutuila, American Samoa, and raised in Ohau, Hawaii, and currently resides in California-USA. LauraSa is a world-traveling sacred activist. She is the Founder/CEO of One Global Family Foundation & Alliances, Councils of Interfaith & Indigenous Women-Youth, and the CEO/Board Chair of Unity and Diversity World Council and Peace Sundays. LauraSa is also the COO/Global Relations Officer for Fazit.com (Faz Technologies). She has extensive experience serving on numerous Board of Directors and is an active leader for several humanitarian, interfaith, and indigenous organizations serving thousands of underprivileged communities locally and globally. 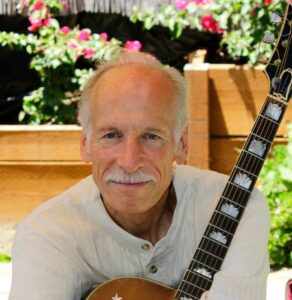 Stephen Longfellow Fiske is a musician, author, poet, Interfaith Minister, and long-time peace and environmental activist.  He has produced 11 albums of his music, authored “The Art of Peace” (New Paradigm Books) and “The Call to Interfaith”, and performed and spoken widely across the US and abroad. Most recently, Stephen has founded the Jerusalem Prayer Project (JPP) and with filmmaking partner Robert Corsini, is producing the documentary series “Warriors of the Heart”, featuring their first full-length documentary “Women Wage Peace”, filmed in Israel and Palestine, to be released in 2020. To learn more about Stephen, please visit www.stephenfiskemusic.com and www.jerusalemprayerproject.org. 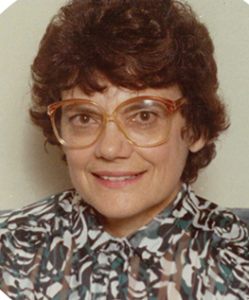 Rev. Mary A. Mann was born in Australia and descended from early Queensland pioneers. Mary is a graduate of the University of Sydney, the University of California in Berkeley, and the University of Southern California where she secured her Ph.D. in Communications and Theater. She has authored “Anzac to Understanding”, “There Are No Enemies”, “The Construction of Tragedy”, and “Poems of Woman”.  She joined the Synthaxis Theater Company in 1979. Mary has been a member of UDC since 1989, and is now the Board Chair, and co-edited the book “Science and Spirituality” with UDC founder, Rev. Leland Stewart. 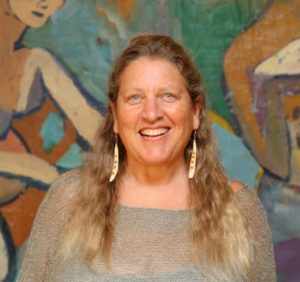 Lakshmi says: “I have been in human services all my life, from waitressing to teaching children.  In the 1980’s I worked as a Dance Movement Therapist and Psychodramatist, individual & group therapist for Ulster County Mental Health.  I began studying the Wise Woman Tradition of Western Herbal Medicine with Susan S. Weed in upstate New York. Coming to California in 1984, I graduated from the Bodymind Institute in 1986 as a certified Bodymind Integrator and certified Postural Integrator.  I studied Acupressure at the Ryoho Institute and was hired on as a member of staff. I graduated from Emperor’s College of Traditional Chinese Medicine in 1989. I began studying Homeopathy in 1987, which is a continuing source of study. I graduated from Los Angeles School of Homeopathy with is Diplomat in Homeopathy in 2010. “To find out more, please visit the following link below:  www.HOLISTICHEALTHLA.com 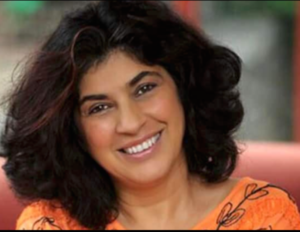 Mitra Rahbar is a spiritual teacher, healer, singer, and humanitarian. Born into the mystical tradition of Iran, Rahbar grew up in Tehran, surrounded by spiritual and literary influences that included her grandfather’s Dervish philosophy, her mother’s classical poetry, and the works of great Persian poets such as Rumi, Hafez, Saadi, and Gibran. 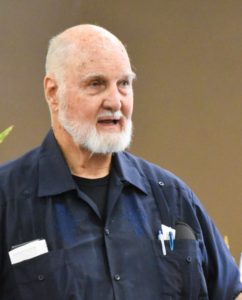 A former Roman Catholic Priest, Thomas is a psychotherapist, spiritual director, and co-founder of the Center for Sacred Psychology in West Los Angeles. He is a founding member of the Southern California Chapter of the Parliament of the World’s Religions. 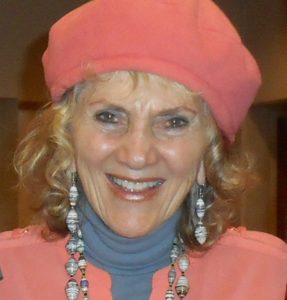 Honored internationally for her interfaith activism and leadership, filmmaker/journalist Ruth Broyde Sharone is the creator of INTERFAITH: The Musical (interfaiththemusical.com). She pioneered ground-breaking interfaith pilgrimages to the Middle East in the 90s and served as Co-Chair of the Southern California Parliament of the World’s Religions for 10 years. Her documentary, “God and Allah Need to Talk”, and her interfaith memoir, “MINEFIELDS & MIRACLES”, have received multiple awards. Ruth is a regular contributor to the on-line magazine, The Interfaith Observer, and a co-author of the 2018 best-selling Amazon book, “21ST CENTURY VOICES: Women Who Influence, Inspire, and Make A Difference”. 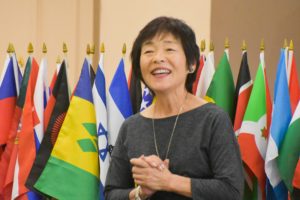 Uran Snyder was born in Tokyo Japan. She studied English at The Interpreter Training School, French at the Institute of Franco-Japone, Spanish at the Monastery of Las Adoratrices in Tokyo, and spent several years in Europe at the University of Madrid and the University of Grenoble in France. She holds both a Bachelor and a Master of Fine Arts from California State University, Long Beach. Uran is a visual artist and has exhibited her large-scale drawings, paintings, and installations in California. Uran is a Peace Representative for the World Peace Prayer Society, lectures for the Byakko Shinzo Kai of Japan, and currently serves as a Board Member at the Byakko Los Angeles branch in Gardena. She also teaches IN mudras for re-igniting humanity’s divinity within to bring harmony, love, and peace to the world. 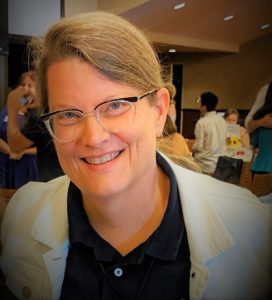 Dr. Susan Stouffer is the Executive Director of Sola Community Peace Center. She has a Ph.D. in Occupational Science from USC. She was the founder of Peace Camp/ Peace Kids/Youth Leadership. She has been the Peace Center Director for the past 14 years. She loves working as Peace Center Director and believes she has grown as a peace leader. In her current work, she has become a grant writer, fundraiser, and curriculum developer. Susan has been able to see hundreds of children grow up as more peaceful and just human beings, including kids and youth from South L.A. who have been in the peace programs, grow in peacemaking and leadership so that they now direct and teach these programs. She is committed to working for peace and justice, and for the good of kids in these neighborhoods, and believes strongly in the potential of a generation of peacemakers growing up to change the world. 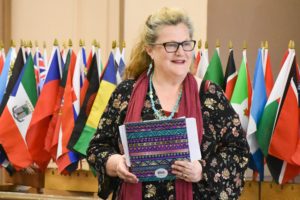 Reverend Debrah Friedland van Zyl is an interfaith minister, the co-chair of the Southern California Committee for a Parliament of the World’s Religions, Co-founder, Co-director of All Paths Divinity School, an online interfaith seminary. Programs include Interfaith Ordination, Master of Divinity/Theology degrees, Spiritual Counselling & Spiritual Development. She is co-chair of the Southern CA Committee for a Parliament of the World’s Religions (SCCPWR). For nearly 40 years, she has designed and facilitated many interfaith and spiritual events, workshops, and retreats, both in the US and internationally. In 2013, 2015, and 2017, she was Co-Producer, Co-Chair, and event manager of the SCCPWR Seeds of Peace events in Los Angeles and co-creator and co-producer of Conversations on Pluralism Series. She is L.A.-based and South African born. Visit ww.allpathsdivinityschool.org. 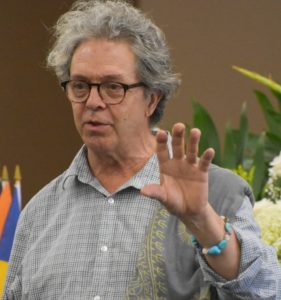